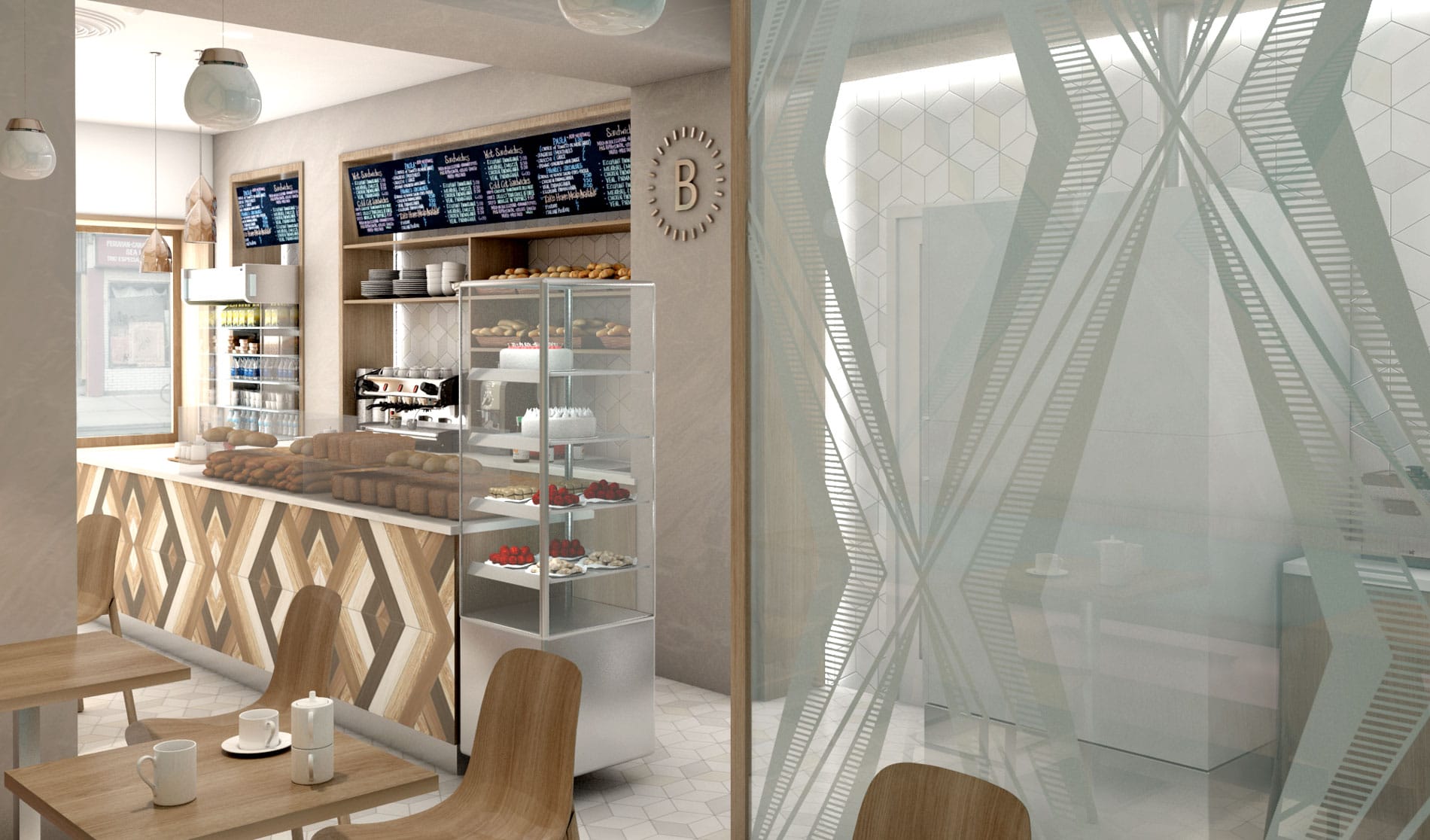 When designing Belatte, which functions as both a café and a bakery, the primary consideration was to fit into its surroundings, while at the same time creating a fresh spot in Újlipótváros. The project was special, because it involved not only the design of the entire interior, but also the graphic design. Above all, we wanted to create a balanced harmony between traditionality and modernity during the design process. We strived to create an interior of the 21st century, which at the same time recalls the atmosphere of the heydays of the cafés in Pest. At several places of the applied design elements – on the front of the café counter, on the floor and wall coverings, on the wall graphics and on the luminaires – a kind of rhombus shape appears, which was a popular decorative motif in interior design at the turn of the 19th and 20th centuries. The many wooden surfaces, which are varied in appearance, complement the geometric design and radiate warmth and clarity in the guest space. The restrained, natural colors are offset by fresh turquoise popping up in certain places. 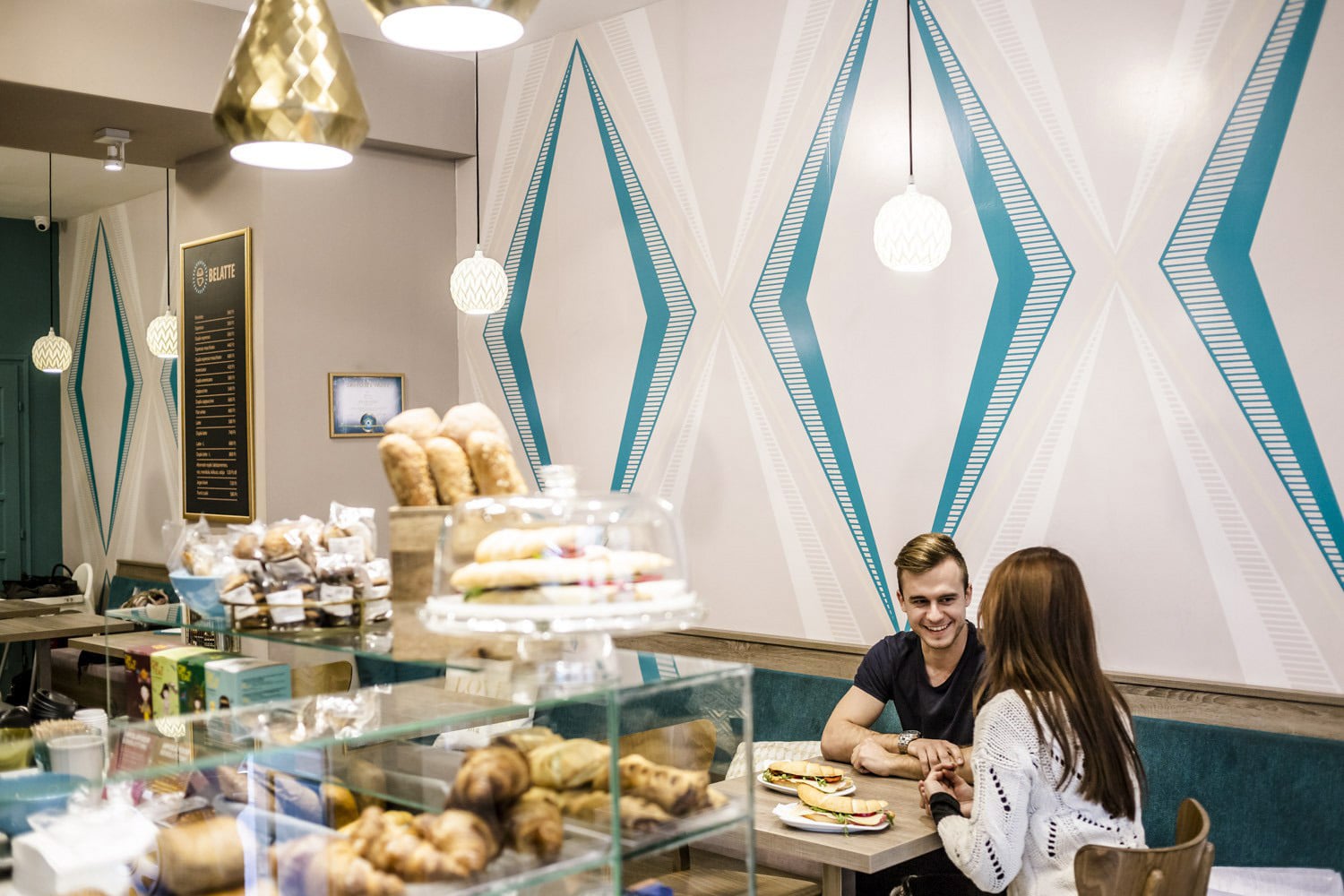 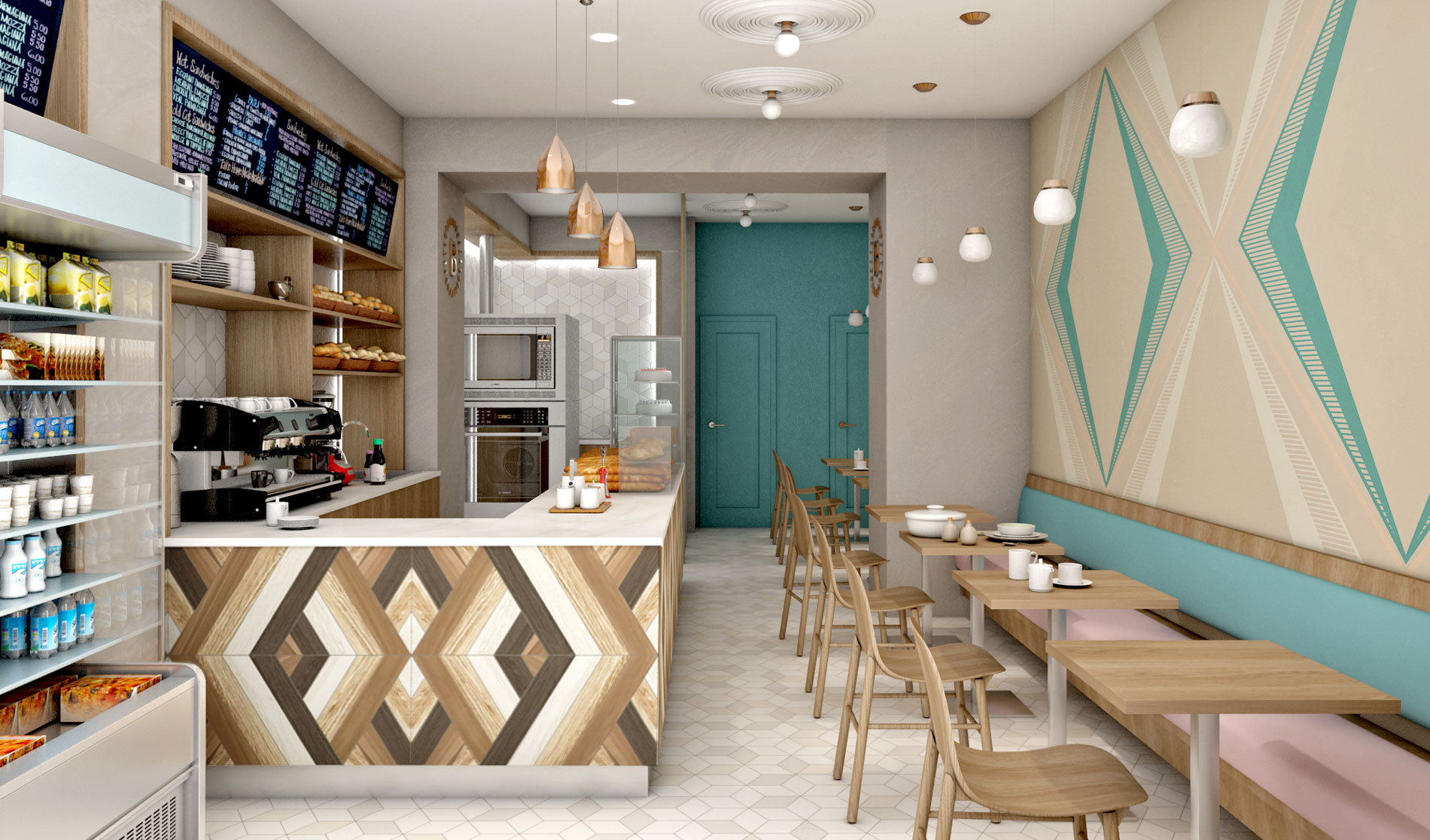 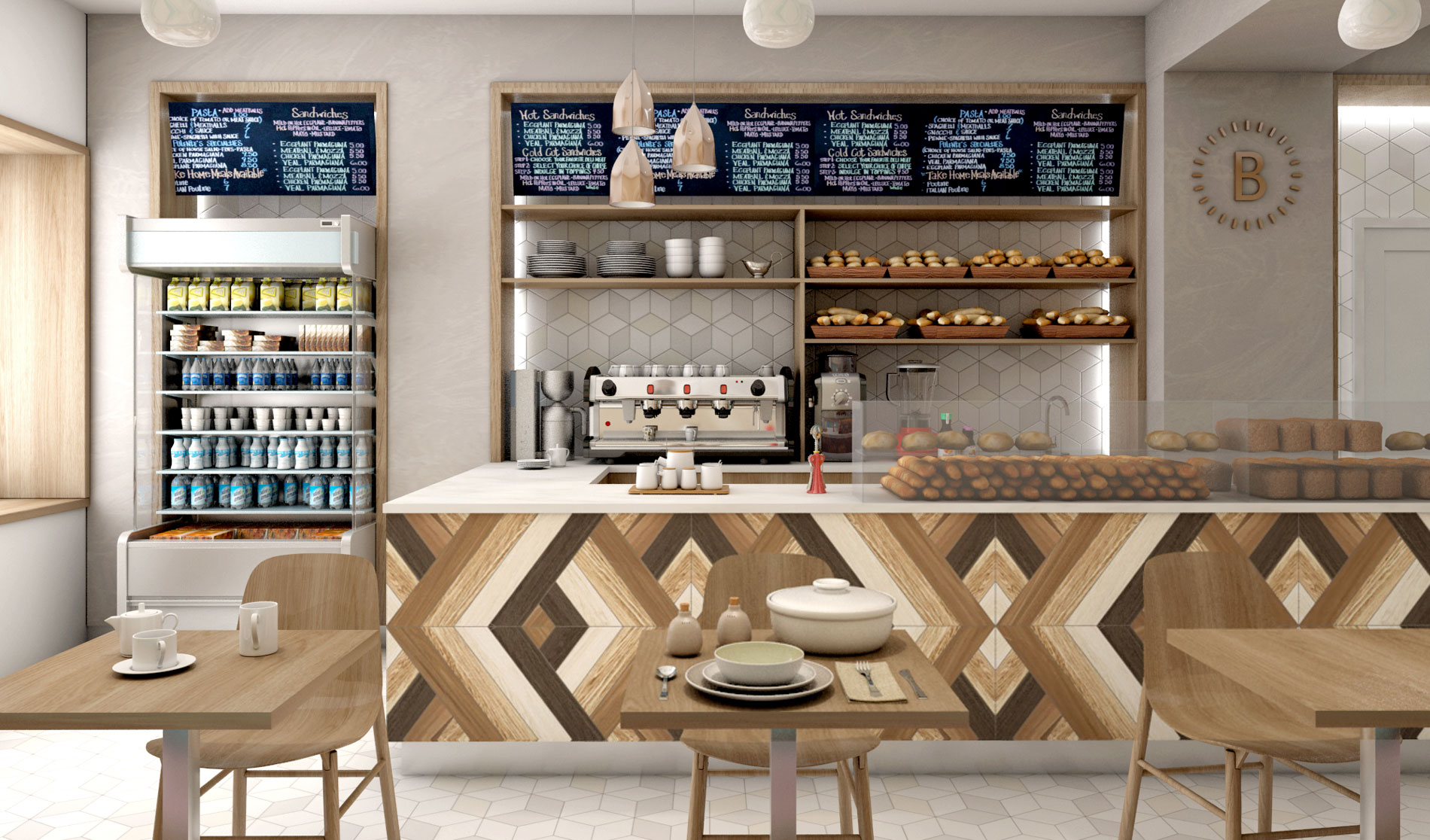 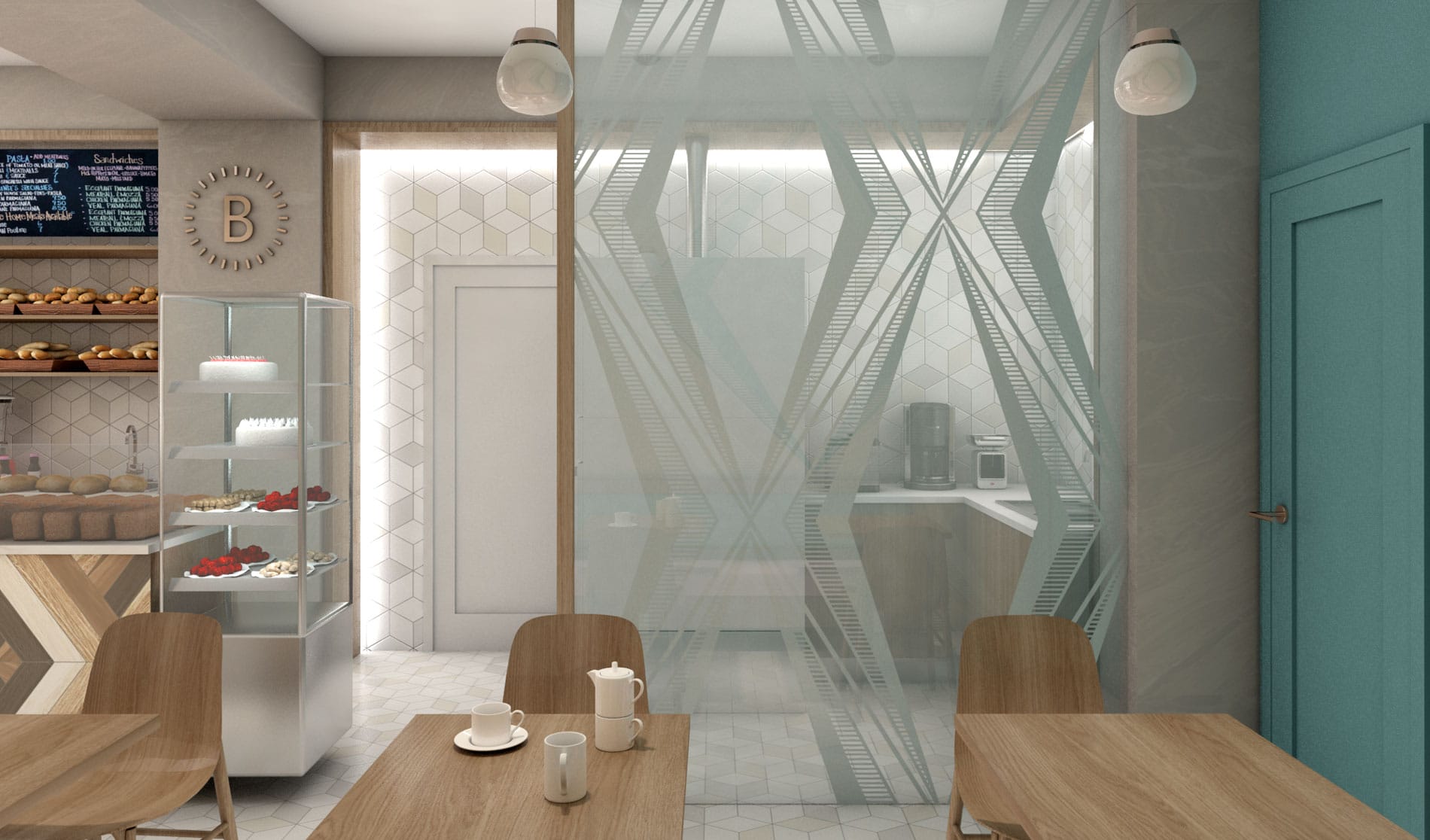 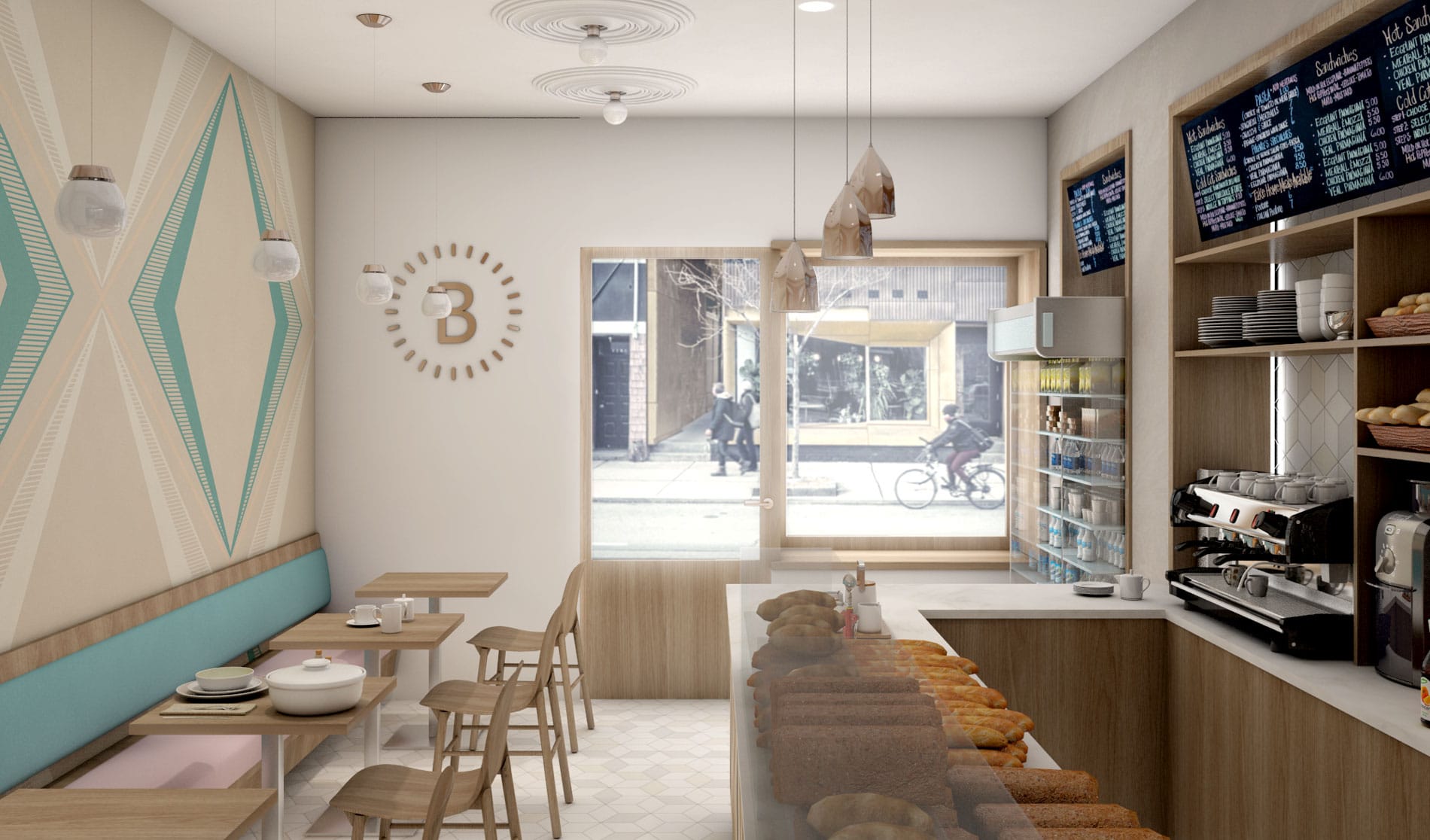 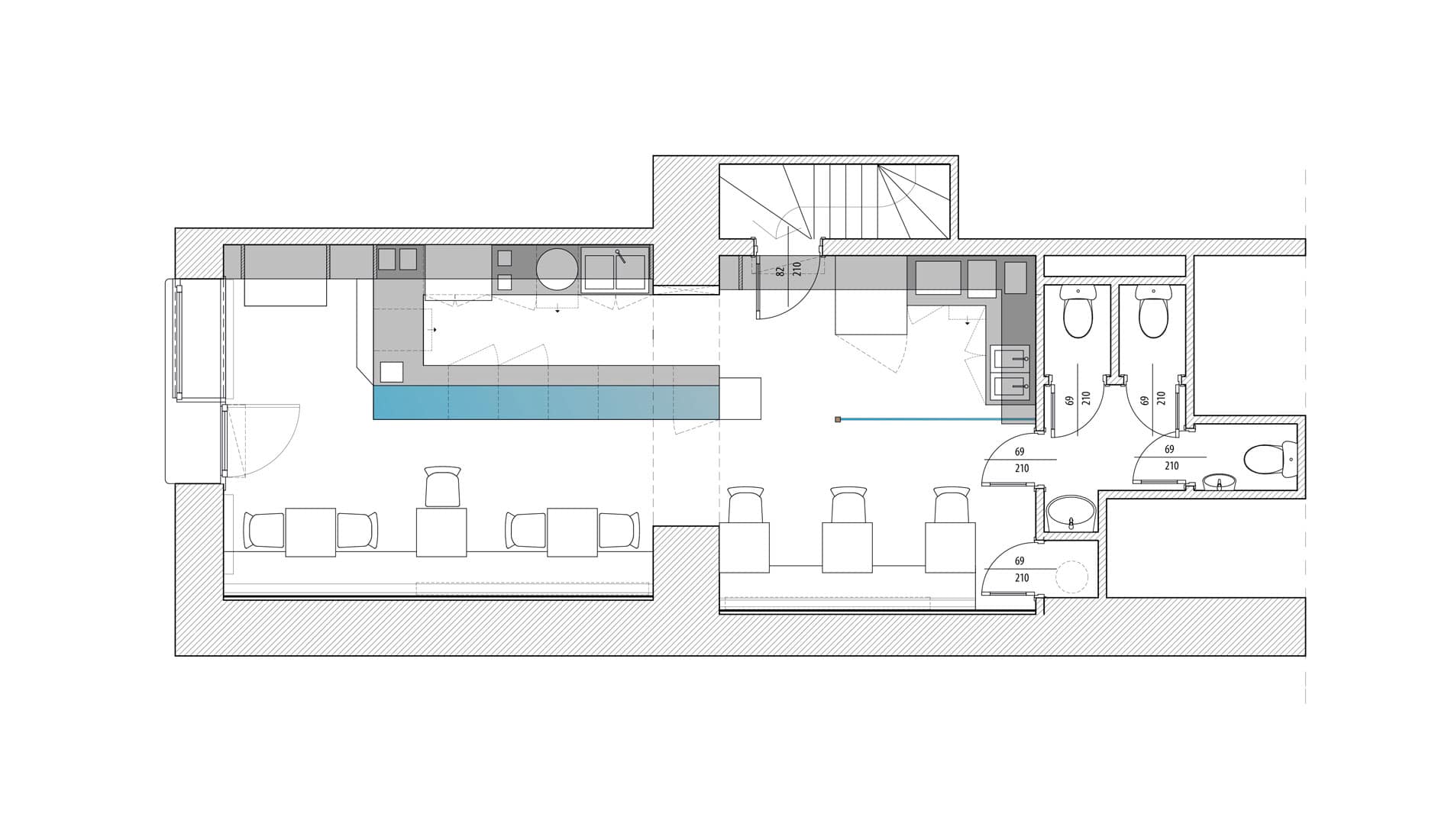